I’m a BIG cheesecake fan. I’ve had it instead of a birthday cake a few times, I love baking them and I’ve even been known to eat them for breakfast! (You could do worse than trying my Breakfast Cheesecake recipe BTW)

However, I’m quite particular about my cheesecake so I don’t often order it when I’m out as the risk of disapointment is just too great.But every now and then, I will order one in the name of ‘research’.

On a recent visit to Costa, I did just that, ordering myself a slice of their Baked Vanilla Cheesecake. The cheese was dense, rich and creamy. It wasn’t quite claggy, but almost. The flavour was very vanillary – almost like white chocolate. The base was very thin, crisp and sweet. It tasted as though it had tiny pieces of crunchy caramel in it.

My overall opinion was that it was on the good side of ok. Not brilliant but enjoyable enough and I’ve certainly had worse. Personally I would’ve liked it to have a thicker base and for the cheese to be a bit more tangy.

A massive downside was the Smart Points value. At a staggering 19 points per slice, I’d say it wasn’t worth it and I won’t be ordering it again any time soon.

Do you have a favourite brand of cheesecake or a great cheesecake recipe? Let me know in the comments section. 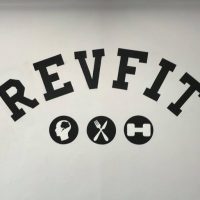